Just to have it on the blog too... my list of the top 10 movies ever according to my own humble, ill-informed opinion:

Direct from the Gorges

HUNGER GAMES: While this was entertaining, I think it was a serious miss in terms of character development and in the fact that it de-emphasized the violence and class differences portrayed in the books which to me was what made the story at all interesting.

THE FIFTH ELEMENT: Awesome! How had I not seen this before?

DISTRICT 9: I realllllly liked this. Did any of you? I'm sure you've already had a discussion about it - I'm a little behind the times. I loved the documentary style of this. The CGI left something to be desired. But I loved the apartheid parallel here, it was pretty powerful to me. Also, I thought the ending was fantastic. I'd put money on the fact that you guys disagree.

CADDY SHACK: Yes, I just saw this for the first time. Hilarious. What more can be said?

BLUES BROTHERS: I loved the musical performances in this. Everything else I could do without.

THE LAST WALTZ: Loved it. But it was a band documentary/concert, what can you really say?

And a few documentaries... PAGE ONE: INSIDE THE NEW YORK TIMES (interesting... David Carr is insane); DOCTORS' DIARIES (I really liked this, it followed people from the beginning of medical school to like 10 or 20 years after or something to see what they ended up doing with their lives); AMERICAN EXPERIENCE: The GREELY EXPEDITION (yikes... cannibalism); AMERICAN EXPERIENCE: LBJ (one of the best and most depressing and most touching things I've ever watched).

I love Woody Allen, but I especially love Annie Hall. I don't think it's overrated, and I hate when people disparage it. (I have heard people say it's overrated or too much of a romcom or something. Fuck off.) And so to show my support, I have made my top 10 list. All of his other movies that I've seen get an honorable mention, with special prominence given to Manhattan and Hannah & Her Sisters. I haven't seen one I don't like yet. (Although Melinda & Melinda is not one I'd probably watch again.) I keep coercing people into watching Match Point. I don't know why anyone hates on that one either. Anyway, there you have it.

In a race against time to finish a lit review tonight. After that I will post more. Although there's no keeping up with all of your Facebook posts! Jeez. :)

Ben - after I finish this lit review I'm playing Settlers of Catan with some friends. Thought you'd appreciate that!
Posted by Lisa at 5:00 PM 2 comments:

Hey yo, just procrastinating from writing a paper. Sorry, a little off-topic, but I forgot that I watched WE ARE MARSHALL the other night. It was just ok I thought. Pretty much your basic sports underdog story, based on a true story. The whole thing looked like an Instagram photo. I guess that was kind of cool. But I was kind of wavering on the movie the whole way through, and then a sappy montage at the end just put it over the top for me. Even though I'm not really into sports, I can get into a good sports movie/show... but this one was not my favorite. It made me want to watch some Friday Night Lights. I think Matthew McConaughey gave a good performance though. But need I say it? Shoulda been the Gos. 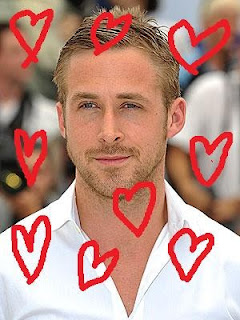 ADRIENNE I LOVE YOU

Self-indulgent and pretentious!!... Adrienne you rock. A similar reaction from me did almost get me kicked out of this Malick-obsessed film club -- but don't worry, they never officially pulled the plug. (However, they have threatened to throw me in the gorges in Ithaca... fair warning in case you ever make the trip to see something with them at Cinemapolis.)

I've been loving all of your lists. Hopefully I'll have some time to respond soon. I think I'm going to do the same type of 2011 list Adrienne did. You guys know it's always hard for me to rank things in a top 10... these kinds of categories might work better for me. It's going to be a little while though, because I have big stuff due tomorrow and Friday. Maybe this weekend. Although there are a LOT of 2011 films I haven't seen... so I might try to watch a few more before I do it.
Posted by Lisa at 2:15 PM 1 comment:

-I have really loved reading everyone's 2011 year-in-review posts. :) You guys are the greatest.
-I still haven't seen DRIVE. Ben I liked your comment about the film version of a Chuck P. novel. I have to say I am a fan of the two I've seen (FIGHT CLUB and CHOKE)... but if you meant the novels themselves, I would have to agree. ;) But either way it was a great comment, it made me laugh.
-I'm still getting used to the whole capitalizing movies thing, but I promise I will get the hang of it in 2012.
Posted by Lisa at 10:21 PM No comments:

Lisa
I love movies, TV and vinyl records, and I play piano and guitar. You'll most likely find me at a coffee shop, a used bookstore, or a local pub. My friends describe me as "bookishly sarcastic."